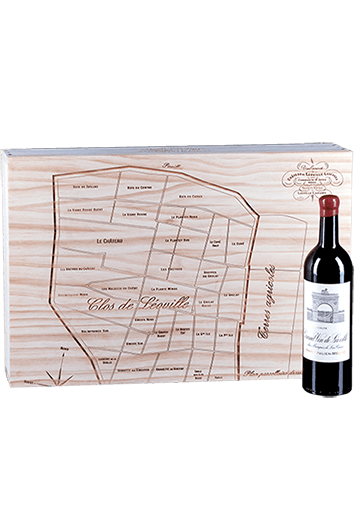 Château Léoville Las Cases is currently one of the most iconic estates in the prestigious Saint-Julien appellation, located on the left bank of the Bordeaux region. Renowned as one of the oldest estates in the Médoc, the estate boasts a long winegrowing heritage. Bestowed with the Second Cru Classé title in the 1855 Official Classification, the qualitative excellence of Léoville Las Cases earned its rank as a "1st among the Second Crus". Château Léoville Las Cases was acquired by the Delon family at the end of the 19th century and is still managed by Jean-Hubert Delon. It has become an icon and reference point among fine Saint-Julien wines by showcasing its exceptionally consistent quality that remains unchanged since the 1970s.

Château Léoville Las Cases’ 55-hectare vineyard is planted within the famous Clos de Léoville plot which comprises a complex patchwork of terroirs. Located near the Gironde estuary, the vineyard benefits from a regulated temperature thanks to the river’s influence, which guarantees mild temperatures and offers a natural barrier against frost. Combined with the presence of gravelly Günzian soils, resting on subsoils of gravelly-sandy nature with more or less deep clay elements, Château Léoville Las Cases' terroir is the source of its exceptional wines. The richness of the geology combined with the oceanic climate provides the best conditions for the development of Cabernet Sauvignon, the left bank of Bordeaux’ flagship grape variety. Merlot and Cabernet Franc also fully express their personalities on this fine terroir.

Similar to the two Italian mirrors that have adorned Château Léoville Las Cases since the 18th century, the MIROIR collection is a very limited edition of two box sets that reflect and complement one another. The first is called "Millésimes Secrets" while the second is called "Millésimes Historiques". Comprising fine vintages and lesser-known vintages, these exceptional box sets reveal the sophisticated and aromatic expression of these great Saint-Julien wines.

The wines presented in the "Millésimes Historiques" MIROIR collection box set by Château Léoville Las Cases are a refined expression of the nuances of each grape variety, enhanced by a masterful blend:

Following the wine’s ageing period in the cellars of Château Léoville Las Cases, each vintage presented in this box set has been carefully selected.

Other wines that Could be of interest to you