Over a century ago, the grandfather of current owner Alexander Thienpont acquired Vieux Chateau Certan, now one of the oldest and most prestigious estates in Pomerol. Composed of 14 hectares...Read More

Over a century ago, the grandfather of current owner Alexander Thienpont acquired Vieux Chateau Certan, now one of the oldest and most prestigious estates in Pomerol. Composed of 14 hectares in a single contiguous parcel, the vineyard of Vieux Certan is a masterpiece resulting from a century of meticulous work. Careful attention is paid to controlling and promoting ripeness in the grapes to achieve a perfect balance of fruit and tannin. The vineyard of Vieux Certan is 60% Merlot, 30% Cabernet Franc and 10% Cabernet Sauvignon, creating wines of a unique style with exceptional richness of aromas, incredible depth and subtlety of flavours.

Peeking out of any complete collection of the greatest fine Bordeaux is the distinctive pink capsule of Vieux Château Certan, a perennial darling of wine critics who have nicknamed it VCC. Today, this historic estate reigns over 35 acres of vines on the Pomerol plateau, among them Merlot and Cabernet dating back to 1932 and 1948. Property of the Thienpont family since 1924, Alexandre Thienpont took over its management in 1986, breathing new life into the château through a series of renovations and modernizations aimed at elevating the quality of its wines. 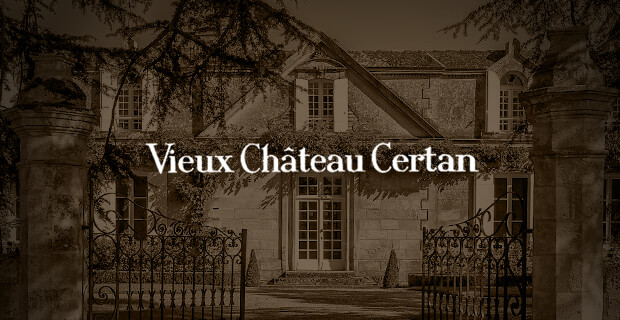 Evidently, this paid off and the wines stand as a testament, seducing wine lovers with their billowing aromas of black and blue fruit, fresh rose petals, sandalwood, cardamom and tar. The wines of VCC offer a sensational blend of Merlot and Cabernet - seductive on the entry, then creamy, unctuous and ripe on the palate.

The History of Vieux Château Certan

As its name implies, Vieux Château Certan is one of the oldest properties not just in Pomerol but in Bordeaux altogether. The estate, which originally formed part of a much larger domaine, was established sometime around the mid-1700’s by the Demay de Certan family of very successful wine merchants. The original château was constructed around 1770. Its wines were sold under the historic name Sertan. Following the French Revolution, this large domaine was divided, creating Vieux Château Certan and Certan de May, along with several other smaller properties with “Certan” in the name. Already at this time, the wines of Vieux Château Certan were considered some of the very best in Pomerol.

In 1924, Vieux Château Certan entered into a new chapter of its life when it was purchased by the Bordeaux wine merchant Georges Thienpont, who was originally from Belgium and also owned Château Troplong Mondot. It was Georges Thienpont who first had the marketing savvy to introduce the pink capsule that has since become quite an iconic signature touch of the estate. The idea was that this colour would stand out in any collection, allowing Thienpont to clearly see whether his wines were in stock. He chose pink because it was the colour that was “in vogue” among the chicest Parisian designers of the time.

While Vieux Château Certan thrived in the first few years under the Thienpont family, the estate suffered a series of unfortunate vintages in the 1930’s and 1940’s due to bad weather and economic depression. The family relied on their commercial channels to Belgium, which also limited its renown on the international market. By the 1980’s, the estate was in need of a breath of fresh air, which came when Alexandre Thienpont took over management in time for the 1986 vintage.

Deeply dedicated to elevating the quality and international reputation of Vieux Château Certan, Alexandre Thienpont immediately got to work, renovating and modernising the estate in 1988 and then again in 2003. Out in the vineyards, he reduced yields and introduced new vineyard management techniques, including green harvesting and picking fruit at a more advanced stage of ripeness. Alexandre Thienpont also introduced a Second Wine called La Gravette de Certan. Today, Alexandre’s son Guillaume Thienpont helps manage the estate and will one day take over from his father. Known among fine wine lovers by the nickname “VCC”, Vieux Château Certan has become one of the most beloved estates in Pomerol, producing wines of undeniable pedigree.

Vieux Château Certan today reigns over a single-block vineyard of 14 hectares (35 acres), situated on top of a plateau in the Pomerol appellation on the Right Bank of the Bordeaux region of France. The vineyard is divided into 23 different plots, each of which is characterised by its own unique set of soil types, grape varieties planted and vine ages, and is thus managed on an individual basis.

The average age of the vines is roughly 50 years, though the vineyard is also home to some very old vines dating back to 1932 and 1948. The average yield is roughly 40 hectolitres per hectare. While the winemaking at Vieux Château Certan can be classified as traditional, the estate does employ modern technologies both out in the vineyard and in the cellar. The estate vineyard is managed by means of a 100% sustainable system.

At Vieux Château Certan, vinifications take place in temperature-controlled French oak vats, which are kept at a temperature of 28°C (82.4°F) to allow for a steady and gentle extraction of colour and aromas from the grape skins. The wines are aged for a period of 18 to 22 months in French oak barrels, with the proportion of new oak depending on the vintage.

Typically, the namesake Grand Vin of the château blends roughly 80% Merlot with 19% Cabernet Franc and just a touch of Cabernet Sauvignon. The proportions of these three grape varieties vary, however, with the specific conditions of the vintage. For example, some of the hotter vintages may have a higher proportion of Cabernet Franc and less Merlot in its blend. The Vieux Château Certan First Wine is produced from the oldest vines of the estate, resulting in extremely concentrated, rich flavours. These Bordeaux fine wines need a few years of rest in the bottle and can be enjoyed 10 to 15 years from the vintage.

While the specific aromas and flavours of Vieux Château Certan depend on the specific characteristics of the vintage, this Pomerol wine tends to display a deep purplish black colour in the glass. The intensity of its colour is matched by a very expressive nose, delivering billowing aromas of black and blue fruit (black raspberries and black cherries, redcurrants and kirsch), along with fresh rose petals, sandalwood, cardamom and tar. On the palate, this Right Bank Bordeaux wine is very complete, presenting a seductive entry, followed by a creamy, unctuous and ripe texture. The tannins are silky-smooth, ripe and perfectly integrated, but with a certain grip that allows for ageing. A remarkable minerality appears on the finish.