A Second Classified Growth of 1855, Château Montrose is one of the essential properties in the famous Saint-Estèphe appellation, which is located on the Left Bank in the Bordeaux region. With...Read More 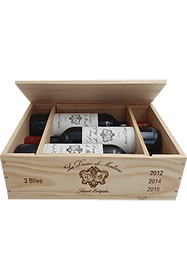 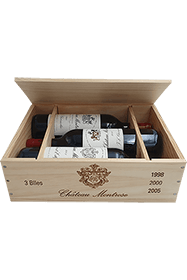 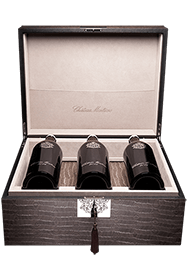 A Second Classified Growth of 1855, Château Montrose is one of the essential properties in the famous Saint-Estèphe appellation, which is located on the Left Bank in the Bordeaux region. With more than two centuries of history, Château Montrose takes its name from the colour of the heather that covers the Château’s moorlands.

Spread over an area of 95 hectares, the Château Montrose vineyard has the unusual feature of being one single area that consists of a mosaic of terroirs. It has a unique location on a complex geological formation that is millions of years old with a combination of soils. They consist of gravel with sand mixed in on the surface, and a clay-rich subsoil that is ideal for preserving the vines' water resources.

With an exceptional terroir, the typical style of the Saint-Estèphe appellation distinguishes the wines of Château Montrose. They are powerful, and their youth is marked by the signature of Cabernet Sauvignon. As they age over time, they develop a bouquet of rare complexity. As sign of excellence among the Top Ranked Growths, they combine finesse and elegance with structure and material, which guarantee exceptional cellaring potential.

The Illustrious Past of a Saint-Estephe Emblem 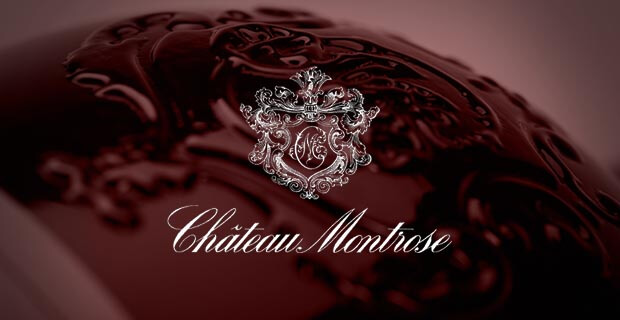 Stretching nearly a kilometer along the Gironde estuary in the Saint-Estephe> appellation of Bordeaux's Left Bank is the 95-hectare vineyard of Chateau Montrose, a truly emblematic property with a blessed terroir. Planted in a patchwork of soils, featuring well-draining gravelly outcrops and gravel-sand topsoil on a base of clay-rich subsoil, this is where Cabernet Sauvignon shines brightest. This flagship Left Bank varietal represents 60% of the estate's vineyards, and is supplemented with Merlot, Cabernet Franc and Petit Verdot. Nurtured through nearly two centuries by three families, the estate passed into the hands of Martin and Olivier Bouygues in 2006 and underwent a spectacular 7-year renovation with the aim to modernise the facilities and make them more environmentally friendly. The estate now produces a highly sought-after Grand Vin, a Second and a Third Wine by carefully blending almost 60 base wines produced by parcel-by-parcel vinifications in the brand new vat room. Since its founding in 1815, Chateau Montrose has enjoyed a spotless reputation for its masterfully crafted wines.

Chateau Montrose: The Illustrious Past of a Saint-Estephe Emblem

The story of the enchanting Chateau Montrose begins in 1815, when Etienne Theodore Dumoulin discovered a patch of neglected land once sold to his father by Nicolas Alexandre de Segur. Inspired by his firm belief in the potential of this terroir, Dumoulin invested into planting a vineyard and constructing a facility for wine production. Just 40 years later, the estate received the title of Grand Cru in the prestigious 1855 classification. Motivated by this great achievement, Dumoulin gradually expanded the property which, at his death, totaled 95 hectares.

In 1866, Chateau Montrose was purchased by Mathieu Dollfus, a factory owner from the Alsace region . Dollfus is credited as “the builder,” as he focused on redeveloping existing buildings and constructing new ones, as well as modernising the winemaking facilities. He brought to life the “Montrose village” complex, providing housing and free healthcare for the estate staff. When the devastating vine disease phylloxera hit Bordeaux at the end of the 19th century, he pumped water from a well using a windmill and flooded the land, thus saving many of the vines from becoming infected. After the death of Mathieu Dollfus in 1886, the estate passed into the hands of the Charmolue family, who managed to produce wines of consistently high quality even through a tumultuous century, rife with world wars and economic crises. In 1960 Jean-Louis Charmolue began replanting the vineyard and modernising the facilities to keep up with changing times.

In 2006, Martin and Olivier Bouygues purchased the estate from the Charmolue family and began a grand reconstruction project to enter the chateau into the 21st century. The project included the addition of 3,000 square meters of solar panels on the rooftop and a 1,000 square meter barrel hall, which seamlessly blends cutting-edge technology and the estate’s 18th century architecture. This seven-year renovation had at its heart the concepts of sustainable energy use and a reduction of the estate’s carbon footprint. The temperature of the barrel halls and stainless steel vats, for example, is controlled with a system that uses geothermal energy generated at the chateau. Chateau Montrose is now directed by Chairwoman Melissa Bouygues and managed by CEO Herve Berland.

The tremendous success of the wines of Chateau Montrose would not be possible without a stunning terroir in the Saint-Estephe appellation. The estate reigns over an impressive 95-hectare vineyard that surrounds the chateau and winery all in one piece. The vines are planted in a soil characterised by a patchwork of gravelly outcrops that were created millions of years ago through geological layering. While these outcrops have the great advantage of being able to ensure natural drainage into the nearby Gironde estuary, the soils of gravel and sand over clay-rich subsoil retain just enough water to relieve the vines of excessive water stress in the dry months of the summer.

The proximity of the Gironde estuary is also of great benefit to the vineyards of Chateau Montrose. This broad body of water defines a certain microclimate in the Saint-Estephe appellation by acting as a natural thermoregulator, softening the effects of excessive cold on the region’s vines and cooling the temperature during the destructive heatwaves of summertime so that the vines are not starved of water. It is for this reason, for example, that the chateaux of Saint-Estephe managed to survive the frost of April, 2017 and of 1991 without too much damage to the vines.

The 95-hectare vineyard of Chateau Montrose is home to a stunning mosaic of parcels, which range from only a few hundred square meters to two hectares in size. Each of these parcels has its own personality or “micro-terroir,” comprising a specific soil type, facing vine age, yield, variety and rootstock. The vines here enjoy north-south exposure and north-west winds that rid the vineyard of excess humidity after rain and protect the health of the vines. True to the profile of a Medoc estate, the vineyard is planted with 60% Cabernet Sauvignon, which performs beautifully in the permeable gravel soils and clay subsoil. This flagship varietal is complemented by 32% Merlot, 6% Cabernet Franc and 2% Petit Verdot, each planted in the parcel whose micro-terroir best suits its development.

The grapes of Chateau Montrose go through a series of 4 selections before vinfication, ensuring that only the best fruit is used. An initial selection is carried out in the vineyard during harvest, followed by a manual selection at the winery before destemming, an optical sorting and then another manual selection before they are moved to the vats. The wines undergo parcel-by-parcel vinification in the estate’s 70 temperature-controlled stainless steel vats of varying sizes, and each one is treated in a way that ensures a pure representation of the fruit’s variety and micro-terroir of origin. In December the nearly 60 different base wines are tasted and profiled, and the blend is determined for each of the estate’s three wines. The blends are then aged in barrels with the length of time and type of oak depending on the cuvee. During this time they are racked every three months, with the wine gravity-drained from one barrel to another in order to separate it from its lees. The fining of the wine is done with fresh egg whites, as is customary in the historical estates of Bordeaux.